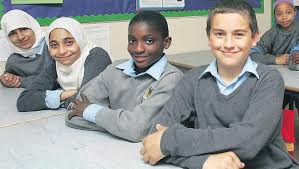 A culture can be defined as a package of customs, traditions, symbols, values, phrases and other forms of communication by which we can belong to a community.

BLACK:It is generally acceptable to use the term ‘Black’ to describe members of the Black-African, Afro-Caribbean and Black Irish communities.

Africa Centre is an Irish national non-governmental and voluntary organisation with its head office based in Dublin. The organisation is focusing on four main areas: facilitating community dialogue and participation for the effective integration of African diaspora, promoting the inclusion of multiple African perspectives in development education discourse, working with African diaspora organisations and individuals on development projects in African countries and informing and influencing policy.

Akina Dada wa Africa-AkiDwA (Swahili for sisterhood) is a national network of migrant women living in Ireland. AkiDwA’s vision is a just society where there is equal opportunity and equal access to resources in all aspects of society – social, cultural, economic, civic and political.

In Asian and Arab cultures, humble behaviour and respect for other People’s dignity is encouraged. A way of resolving conflicts and avoiding embarrassment is a concept known as ‘save face’. This involves using compromise, patience and occasionally looking the other way to allow a situation to return to normal.

ASIAN:It is acceptable to use the expression ‘Asian’ which generally relates to people originating in the Indian sub-continent, these include people from India, Pakistan, and Bangladesh. Many members of other communities prefer to describe themselves in relation to their particular cultural or national origin.

CHINESE:It is acceptable to use the term ‘Chinese’ but ‘oriental’ should be avoided.

In Chinese culture there is a notion that relationships should be positive and beneficial between people. This is known as ‘guanxi’, which means ‘relationships or connections should be useful’ and are expected to last for a lifetime and are formed on an expectation that the other party is a good person to know.

There are three parts to a name:

The Philippines is the largest exporter of registered nurses in the world, with at least 250,000 working throughout the world and 3,000, mostly women, filling acute nursing shortages in the Republic in the past few years. The nearest Filipino embassy is in London, UK. The St John Bosco Youth Centre opened their doors to the Filipino community living in Drimnagh and held the honorary address of the Consulate of the Phillipines from 2012-2018. Outreach Ireland is a voluntary organisation assisting the Filipino Community in Ireland. The Dublin South Filipino Association is a public participation network and the Filipino Migrants Information Centre of Ireland offers members of the community relevant information about facilities in Ireland.

Vietnamese people originate from either ethnic Chinese or Vietnamese cultural backgrounds. Although many adhere to Chinese customs, they consider themselves to be Vietnamese. Most are either Buddhists or Catholics and some follow Chinese and Vietnamese customs of ancestor worship. The predominant language is Vietnamese although some also speak Cantonese.

The modern state of Pakistan was created for the majority followers of Islam (Muslims) who inhabited the area now known as Pakistan. To that extent, Islam dictates the life and culture of the Pakistani people. The official language of Pakistan is Urdu, although Sindhi, Pashto and Punjabi are also spoken. Most Pakistanis speak fluent English.

MIXED RACE:These are people, whose parents are from different ethnic, cultural or national groups. Avoid using the term ‘half caste’ they prefer to be known as ‘mixed race or bi-cultural’.

Romanians are a nation that traces its origins to Latin speaking Romans. The official language of Romania is Romanian, however, most Romanians speak many other languages apart from their own, such as English, French, Hungarian and German. 86.6% of the population in Romania is Orthodox. 5% are Roman Catholic. Reformed Protestant, Baptist and Pentecostal Churches represent 5%

Romanians should not be confused with Roma, who see themselves as a different ethnic and cultural group. Many Romanians in Ireland do not identify with Romanian Roma.

The Romanian population is largely Dublin-based and Romanian Orthodox, with smaller numbers of Catholics and Protestants. They are one of the largest minorities in Ireland, The Romanian Community in Ireland have a community network throughout Ireland, although the majority of the community reside in Dublin. The Place for Romanians in Dublin is another support network available. Eiro is The Irish Romanian Cultural and Business Association which is the fastest growing association for Cultural and Business activities