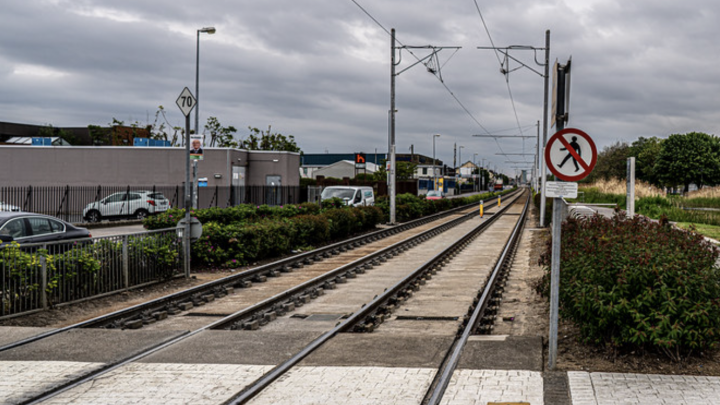 The Luas Red Line is a frequent light rail service that connects The Point (Docklands) and Connolly Station to the east of the city centre with Tallaght and Citywest on the south western periphery of the city.

Drimnagh is primarily served by the Red Line Luas along Davitt Road adjacent to the north entrance to Drimnagh. There are four inbound and outbound stops located along

Luas Red Line services operate from 5:30 AM until midnight.  Typical weekday frequencies of the Luas services on the Red line are presented in Table 6.5.

Based on 2014 Red Line Patronage Surveys, the maximum line flow at Rialto / Fatima occurs between 08:00 and 09:00 inbound during the week.

The increased passenger use on the Red Line Luas, will be further impacted upon by the proposed residential developments within

There are further proposed developments due to be built at Cork Street, Old Kilmainham, James’s Street and The Back of the Pipes – Guinness Development Plan. Parkgate Street and Wolfe Tone Quay are also due for redevelopment.

Whilst not all residents of Drimnagh and the surrounding areas use the Red Line Luas due to other modes of transport i.e, cars, cycling, mopeds, walking, there will be a significant increase in the number of passengers travelling on the Luas at peak times.